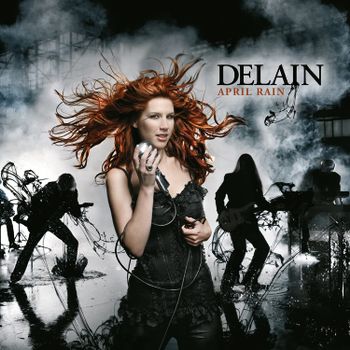 Delain are a Dutch symphonic metal band formed in 2002 by former Within Temptation keyboardist Martijn Westerholt, intending for the band to be a project, but after their debut record 'Lucidity Delain' became so successful, a live band was formed. The second album, 'April Rain', was released in 2009 to critical acclaim within the rock and metal scene. The album features guest contributions by cellist Maria Ahn and Nightwish vocalist and bassist Marko Hietala. Three singles were released: 'April Rain', 'Stay Forever' and 'Nothing Left'. Delain's 'April Rain' is an album that belongs in the collection of every symphonic metal fan. It is available as a limited edition on smoke coloured vinyl, including an insert.